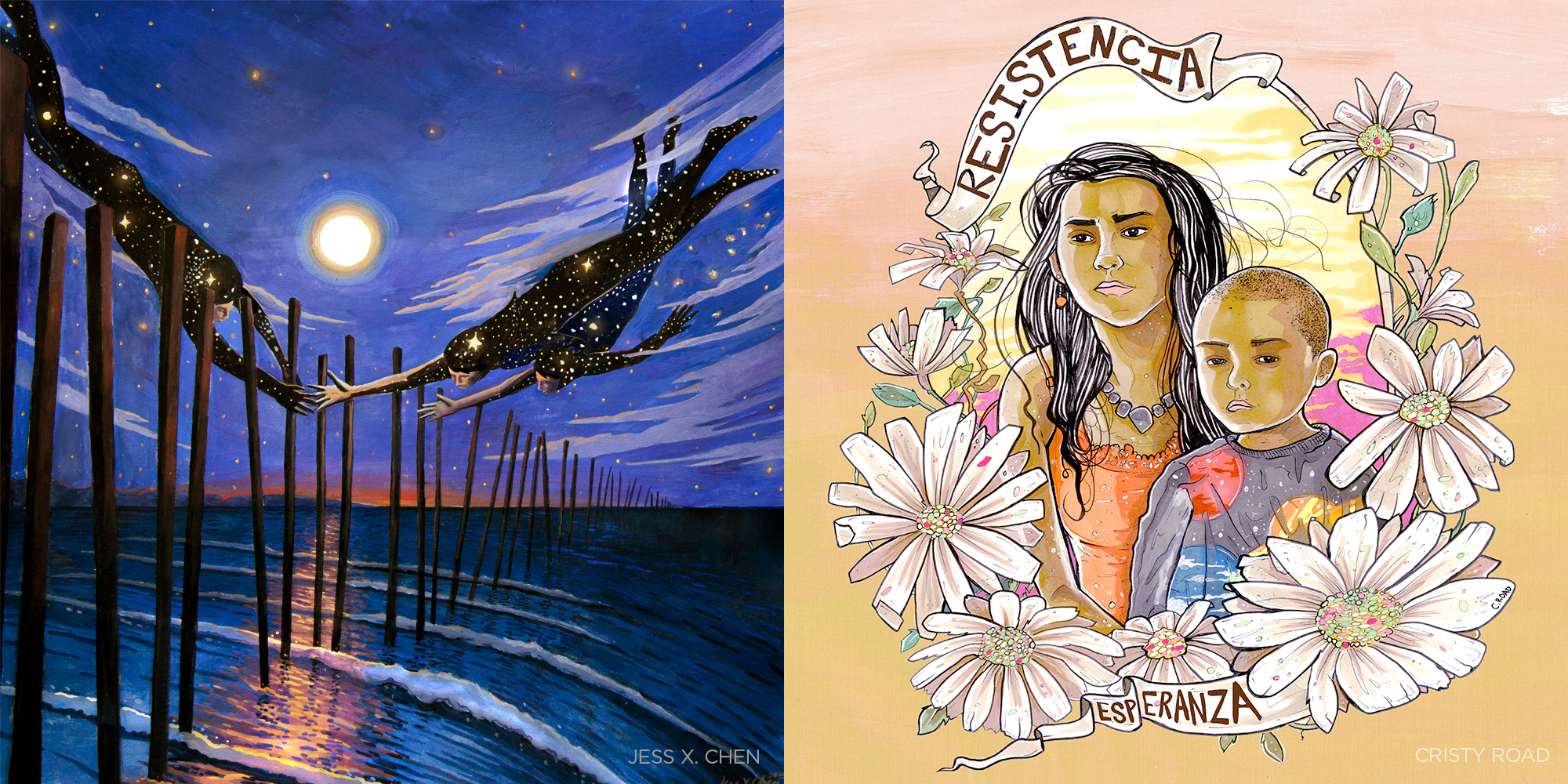 Visions From The Inside - The ART

Letters written by migrants held in detention sparked movement groups and artists to take action. In 2015, the number of women, children and families of Central American origin detained in the US spiked. Responding to the humanitarian crisis and the lack of media coverage, advocates decided to make news and noise with an online and very visual strategy. CultureStrike brought together 12 artists from across the country to illustrate the letters with the aim of drawing attention to the realities of those in detention and making visible their migration stories and their resilience. The "Visions from the Inside" 2016 portfolio is the result of a partnership between CultureStrike, Familia Trans Queer Liberation Movement, End Family Detention, Families For Freedom, NWDC Resistance and participating artists. To learn more about what you can do to spread the word about families in detention, visit www.endfamilitydetention.com